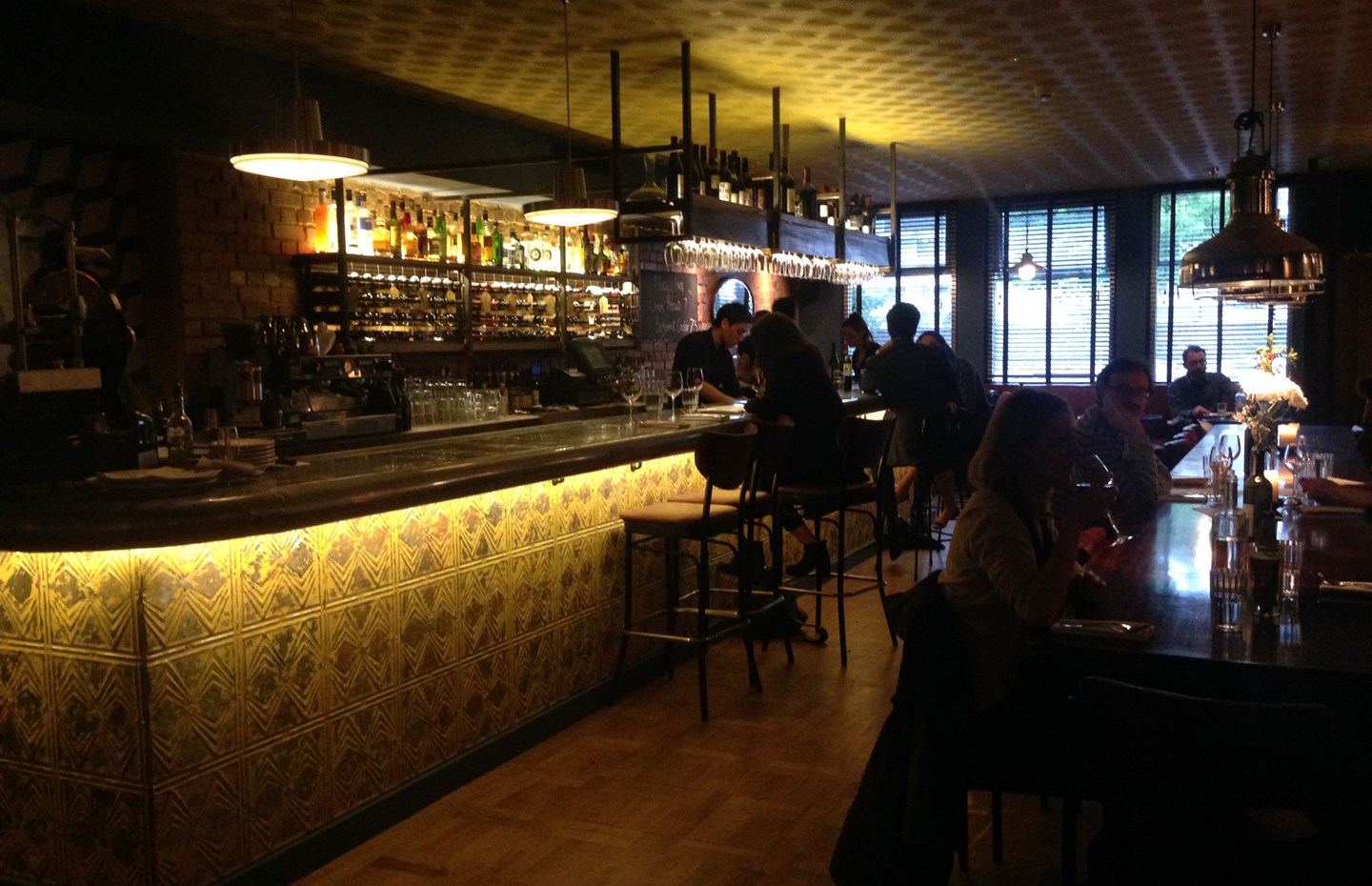 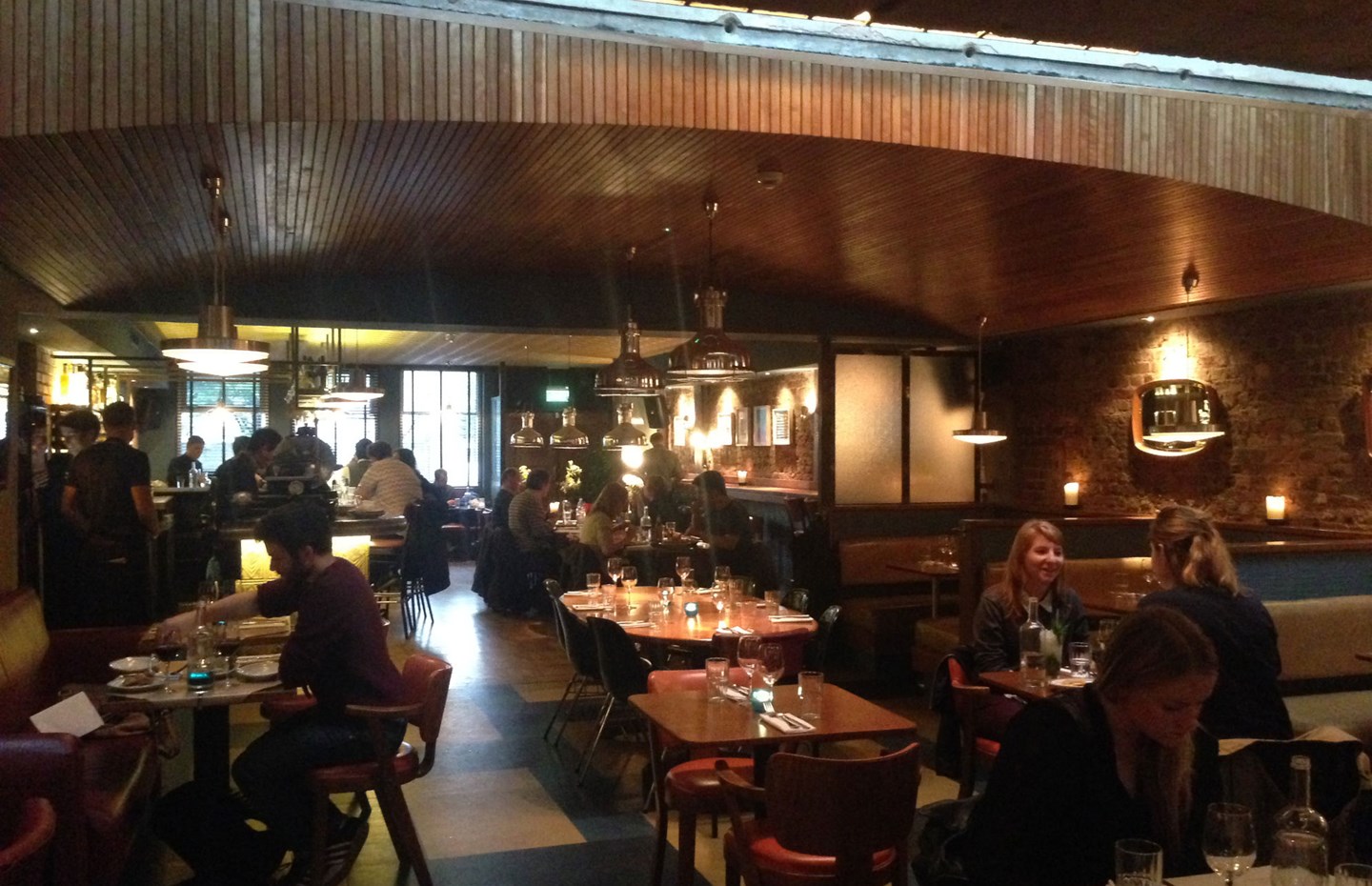 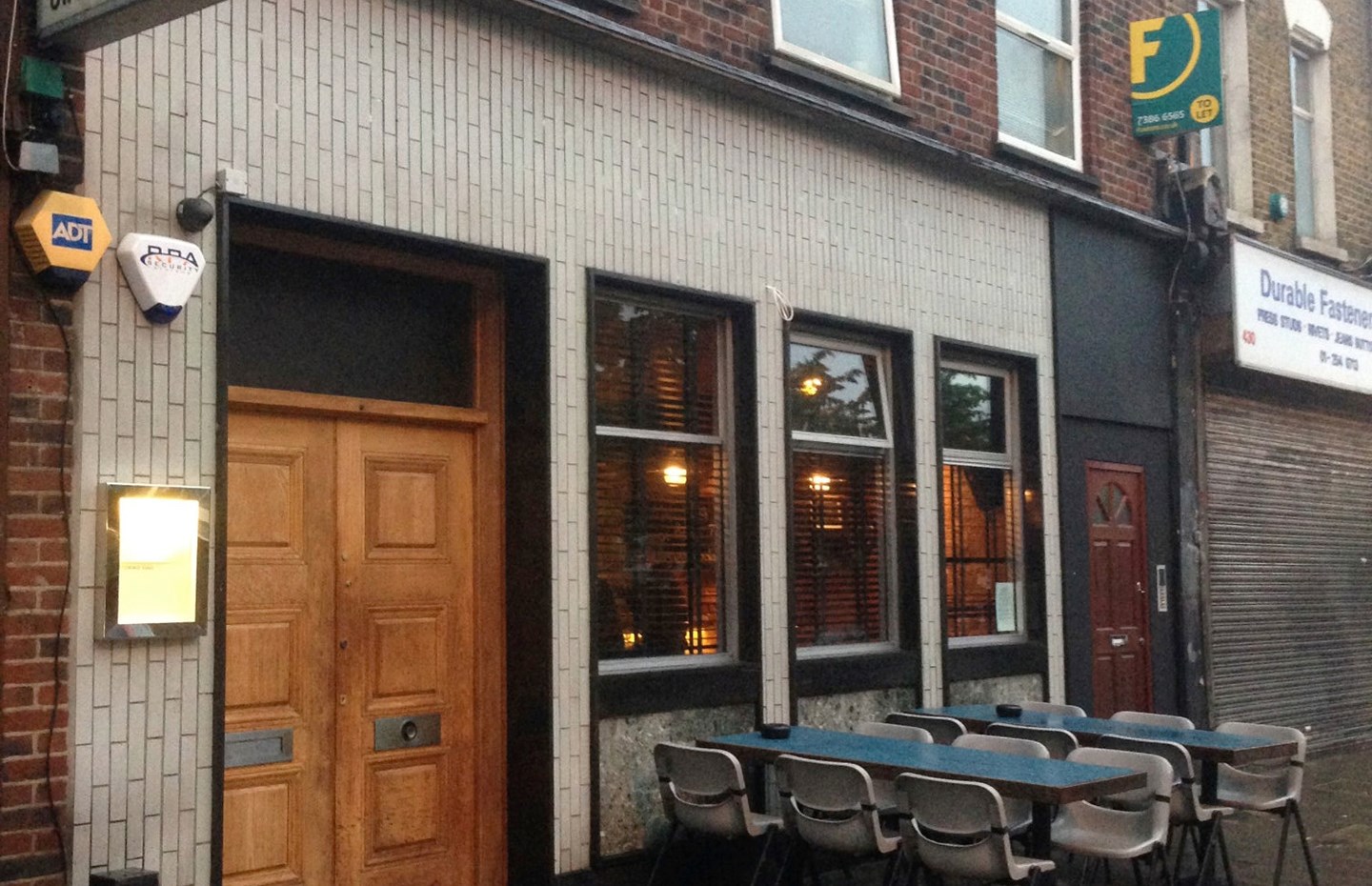 Rotorino, which opened in April 2014, is Stevie Parle’s new southern Italian inspired restaurant in Dalston, East London. The menu is a British celebration of the very best of southern Italy, offering simple Italian home cooking at its best.

Serving brunch, lunch and dinner all through the week, the menu accommodates everyone, whether you are after a quick snack and drink or a push the boat out extravagant dinner!

From the outside, the restaurant could be missed by passers by, unknown to what’s behind the traditionally panelled timber doors.

With no signage, name or number on the building, only the simple white tile cladding to the façade, a few tables and a menu box hint at the hidden gem within.

Stepping in through the heavy timber door into a large glazed open lobby, you are immediately given clear views through the full length of the long rectangular restaurant.

Once a bank, the space has been scrupulously, sumptuously and stylishly converted with fixtures and finishes that immediately evoke to the classic Mid Century and Italian style it has taken its inspiration from. 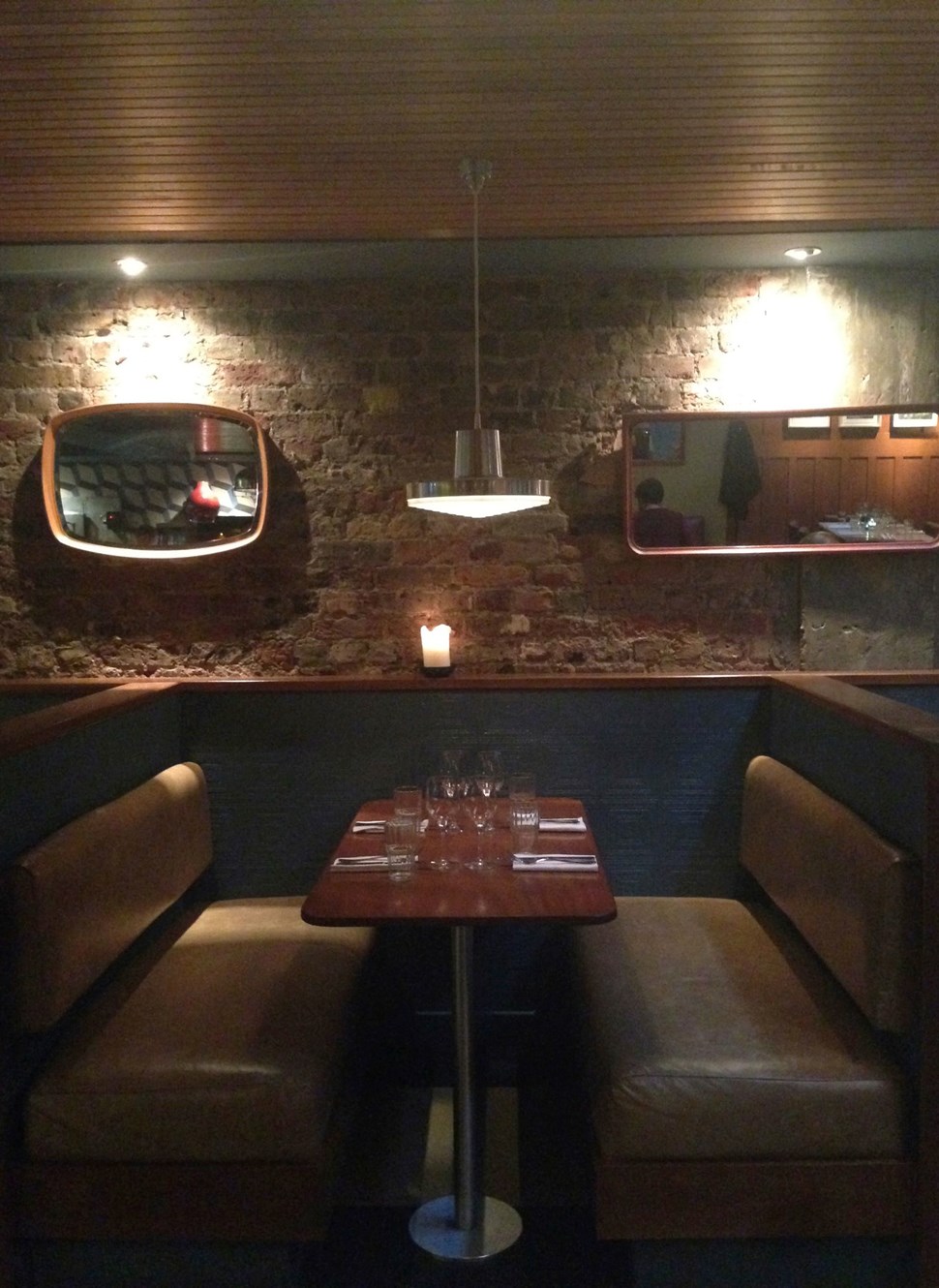 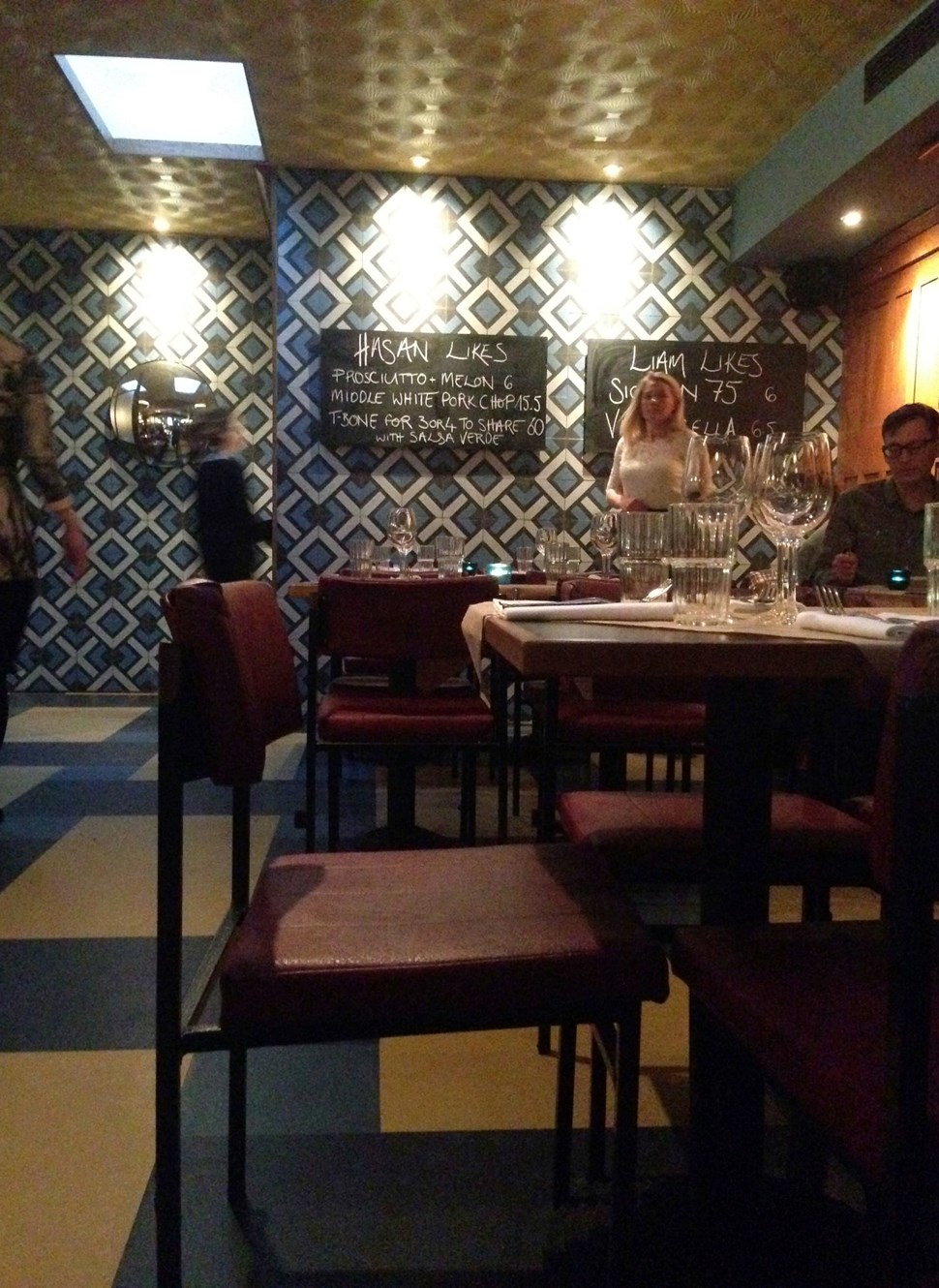 The restaurant is visually split into 3 areas along the length of the room (first section is the bar area, 2nd and 3rd section is restaurant dining), made apparent by the change in ceiling, wall and floor finishes between the 3 areas.

Despite the staccato effect this creates and the almost colliding juxtaposition in materials, colours and finishes, they compliment each other beautifully and effortlessly flow from one into the other.

Combined together, they create a warm, relaxed atmosphere and somehow evoke the feel of a rustic, old Italian family kitchen.

The first section through the entrance doors is the Bar area, which almost half the restaurant is given over to. A long pewter topped bar down the right hand side takes the focal point of the space, shimmering down its length with a glimmering embossed metal clad bar front.

The space is low, brooding and sporadically lit with a mix of original mid century pendants and wall lights. Another distinguishing feature is the long, polished table down the centre of the space that can seat up to 26, kept for walk-ins or parties.

In the middle and last section, generous sized booths in sumptuous glossy rich blue leather (‘for a fat four than a thin six’, as quoted by an Independent reviewer!) line the left hand-wall, whilst large scale geometric patterned blue & white lino lines the floor.

Soft curved details frequent the space; at the corners of the rectangular and square table tops, the long oval table in the centre of the room to seat a party of six, the bar top corners, the light fittings and the symmetrically positioned circular mirrors at the end of the room to name a few.

Most prominently and most impact full in the space, this can be seen in the stunning gently curved honed timber clad ceiling to the centre section of the restaurant, inspired by the classic Italian yachts seen on Parle’s travels around Puglia, Sardinia and Palermo.

One of the most interesting juxtaposition of finishes can be found on the ceiling, with a long slim original skylight allowing a pool of natural light to enter the space, and dividing the gently arching honed timber ceiling from a rough grey breezeblock finish to the end section of the restaurant in front of the hidden kitchen behind the back wall. 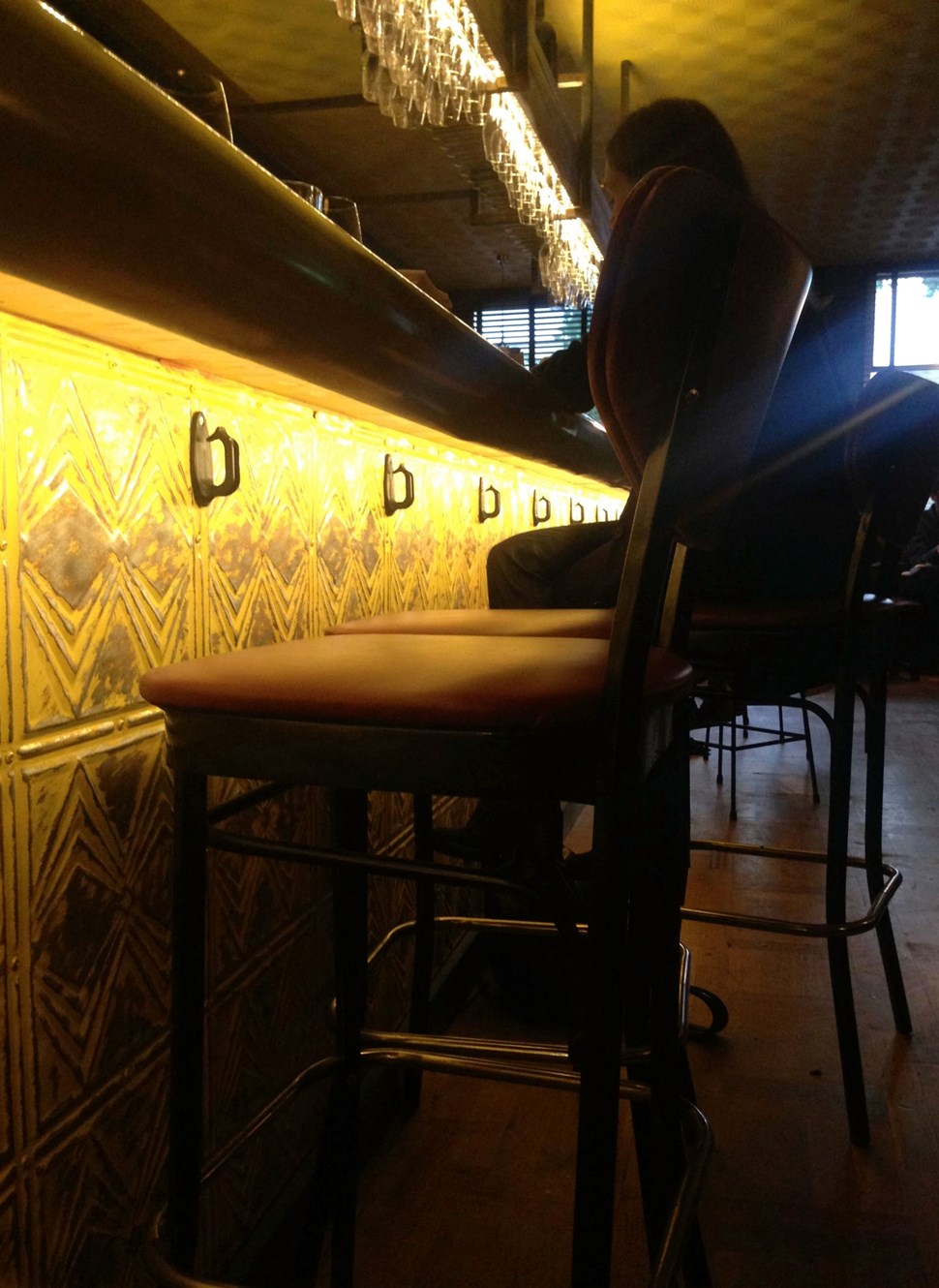 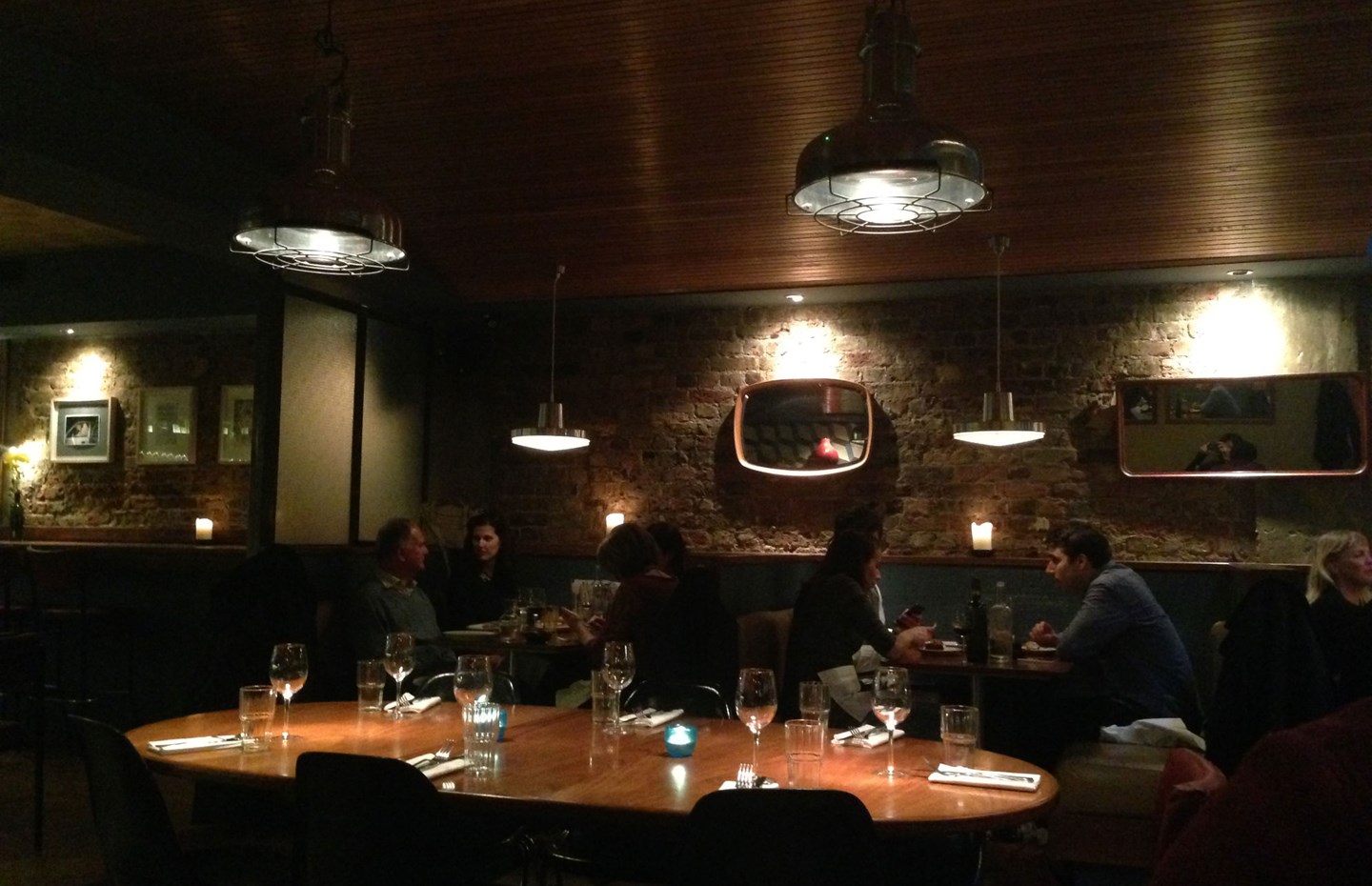 In Giles Coren’s words, this isn’t just another well-designed dive for skinny hipsters to drink gin out of jam jars but an “actual restaurant, and a very good one at that”! 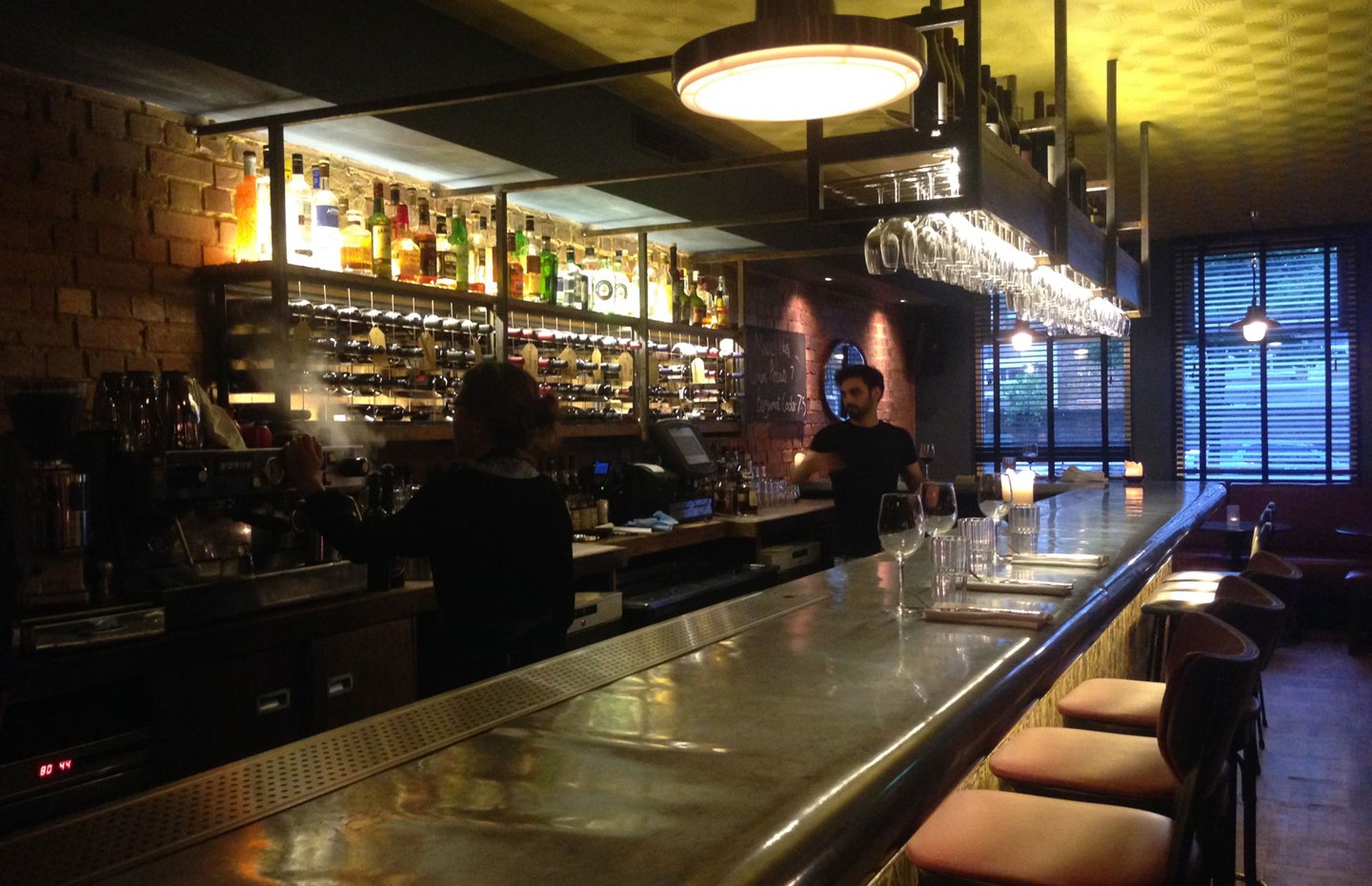 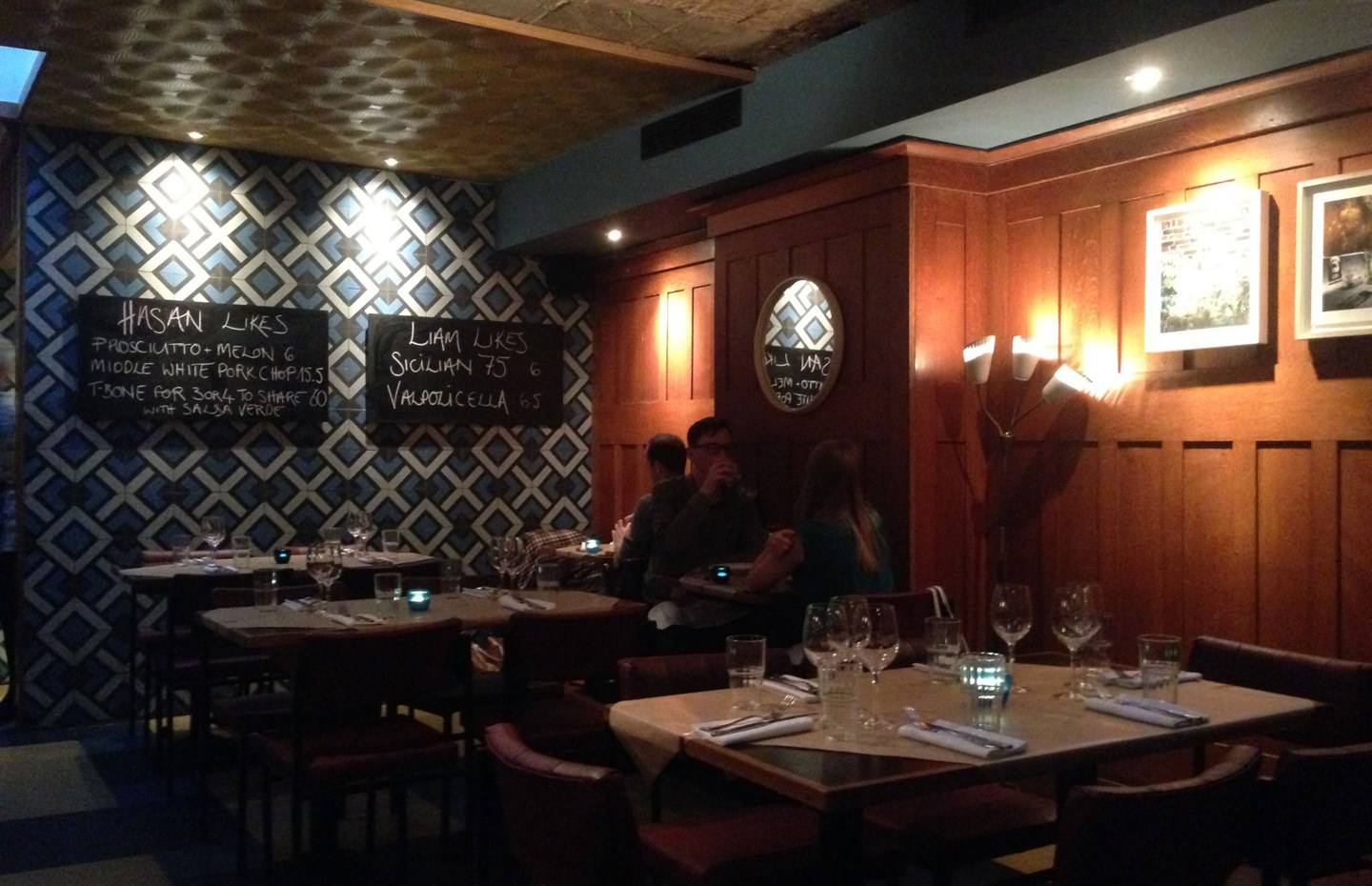