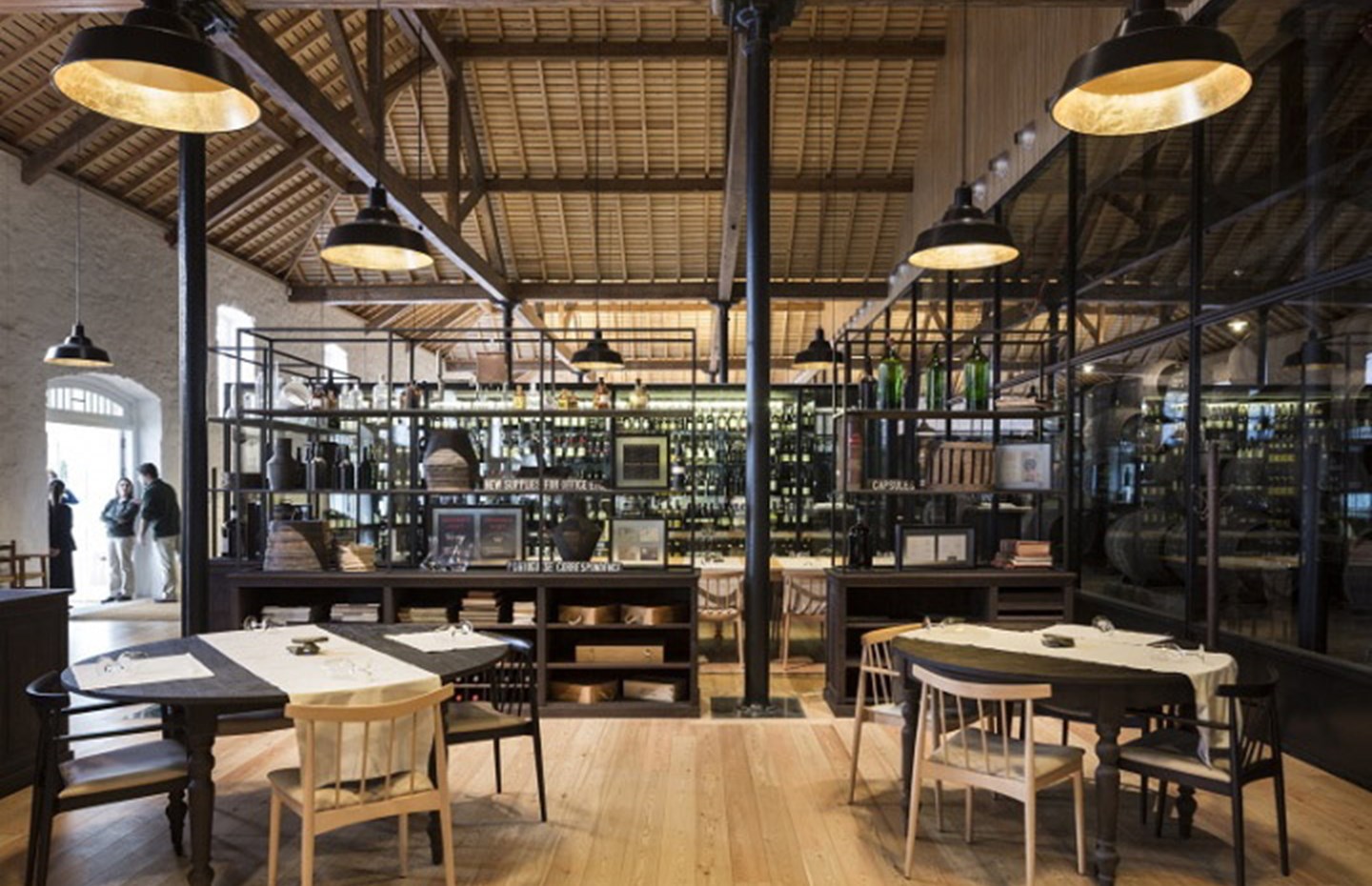 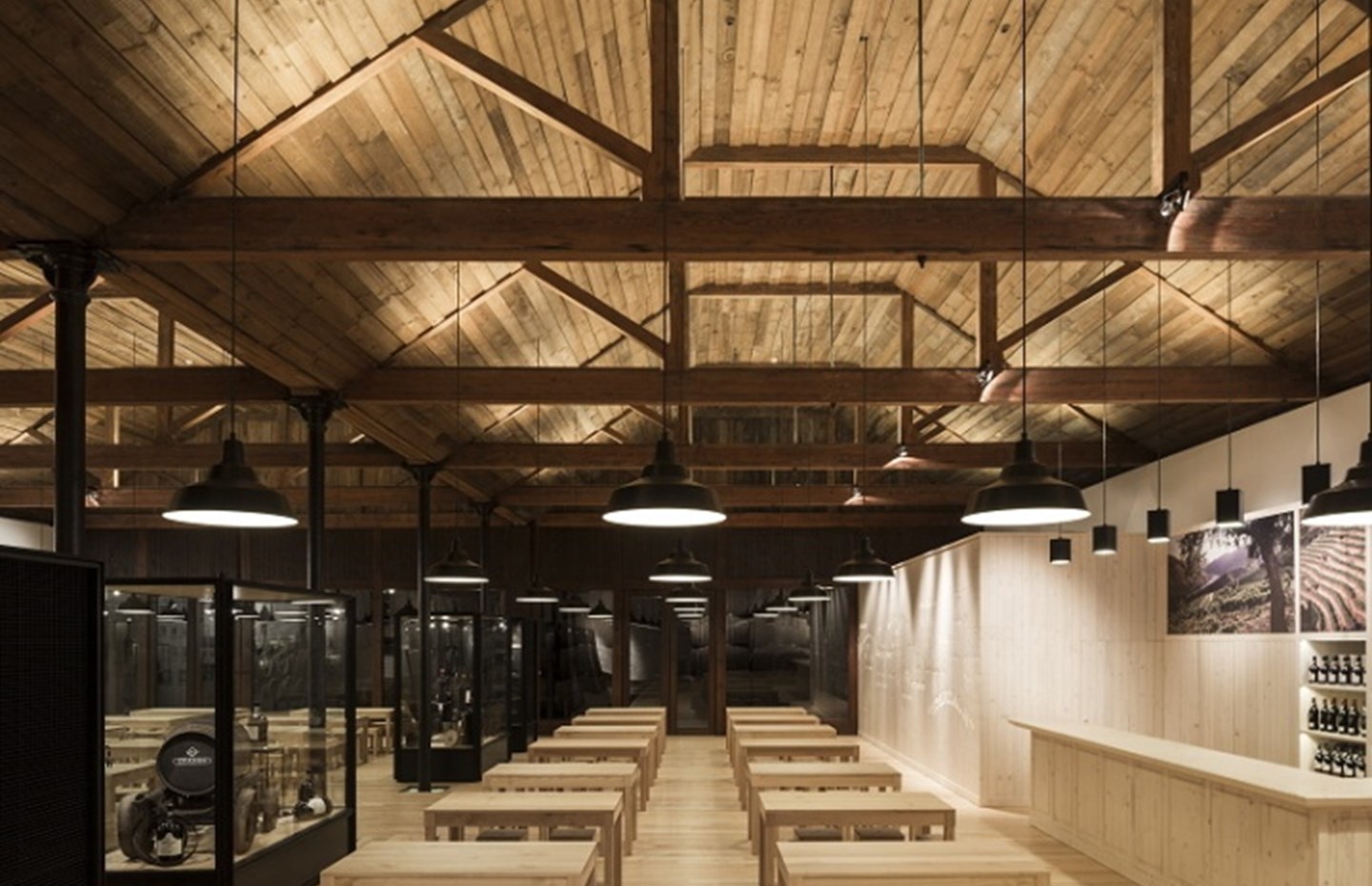 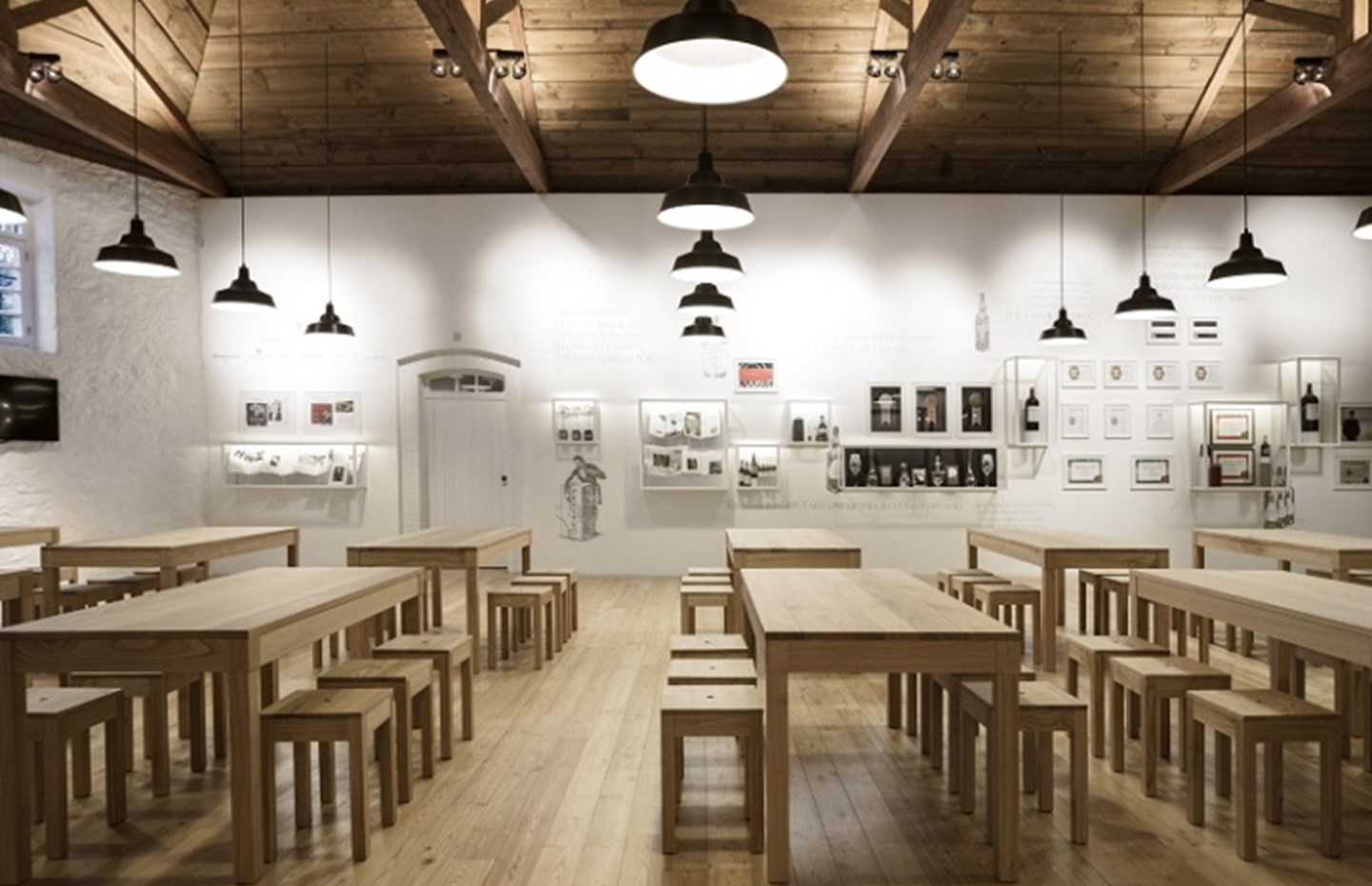 The renovated Lodge is called the ‘1890 LODGE’. This was the year in which the then owners (the Scottish Graham’s family) built a much larger lodge to replace a previous building which their successful expansion had outgrown, since founding the company some 70 years earlier.

The Graham’s Lodge has been open to visitors since 1993, It featured a tasting area where visitors could enjoy Port, and an adjoining shop and wine bar.

On arrival at the lodge, visitors were given a guided tour of the working lodge, where 3,500 casks (or ‘pipes’, in Port language) of maturing Port are stored.

The visit also included the cool, dark Vintage ‘bins’ (wine cellars) where older Graham’s Vintage Ports are kept (some Ports, such as the 1868 still lie there).

Refurbishment of the lodge was designed by Luis Loureiro + P-06 – Nuno Gusmão, the lodge is a great example of a food and beverage, production and museum space merged so effortlessly the omission of either would be a loss to the venue. 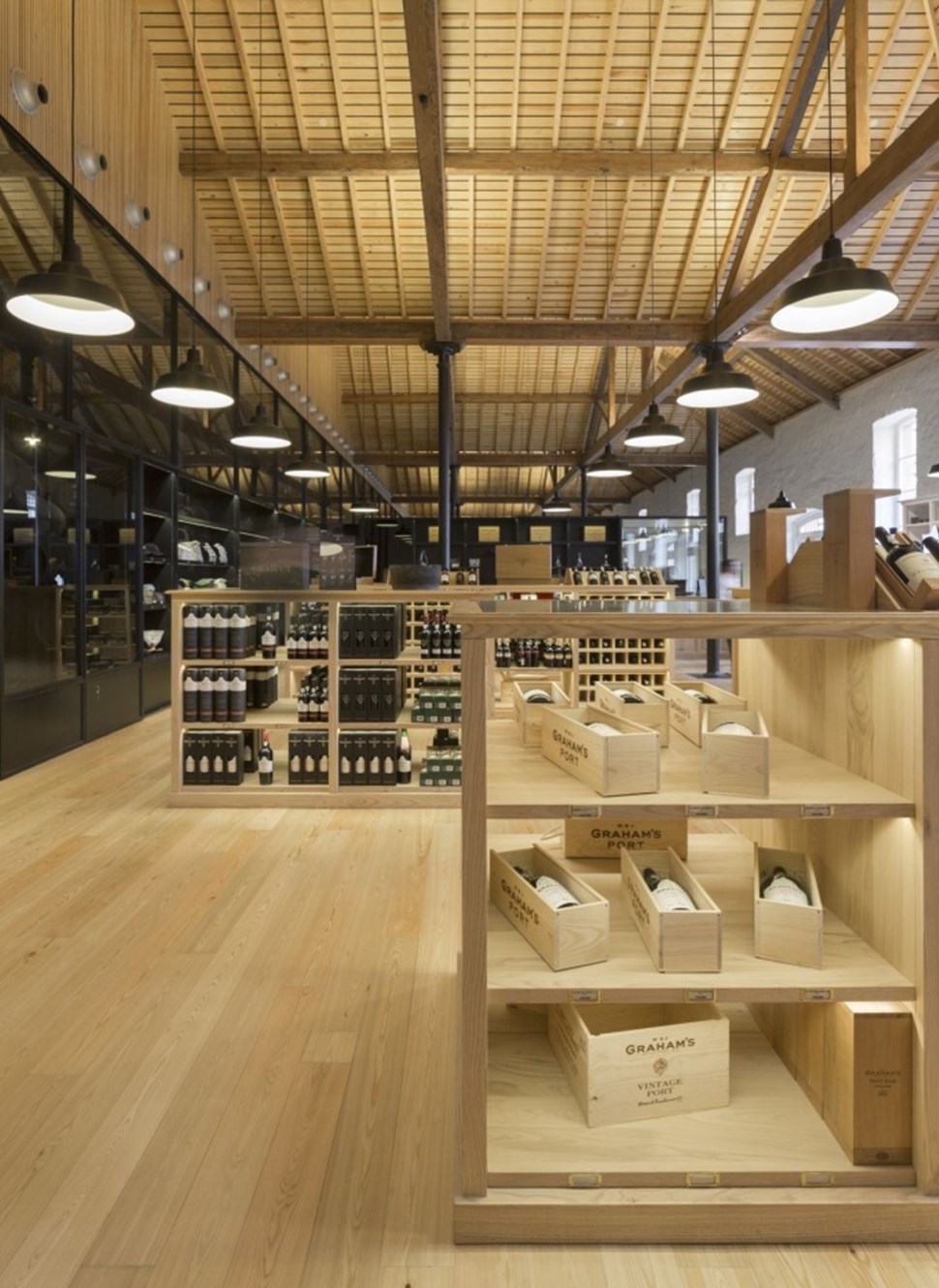 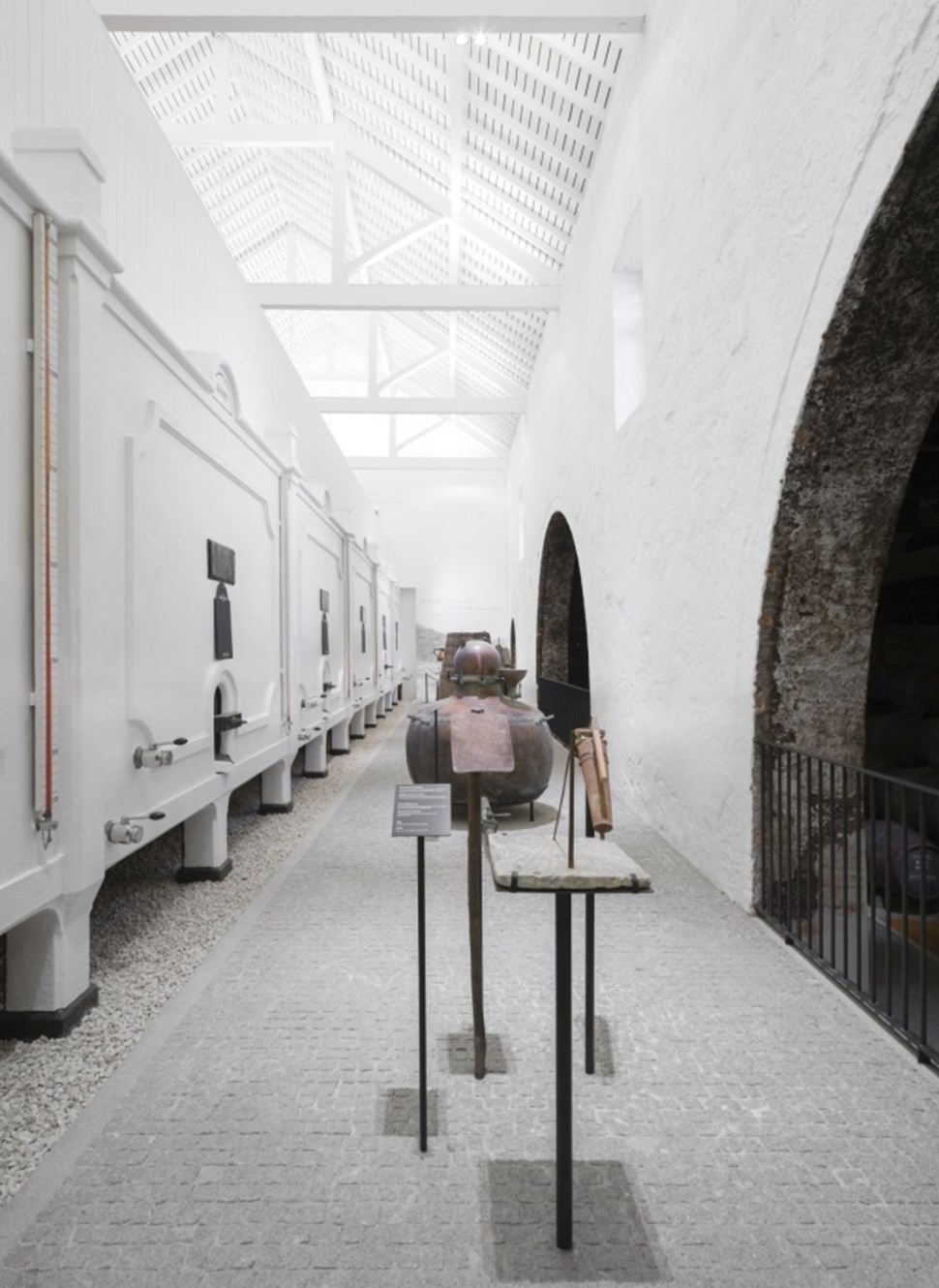 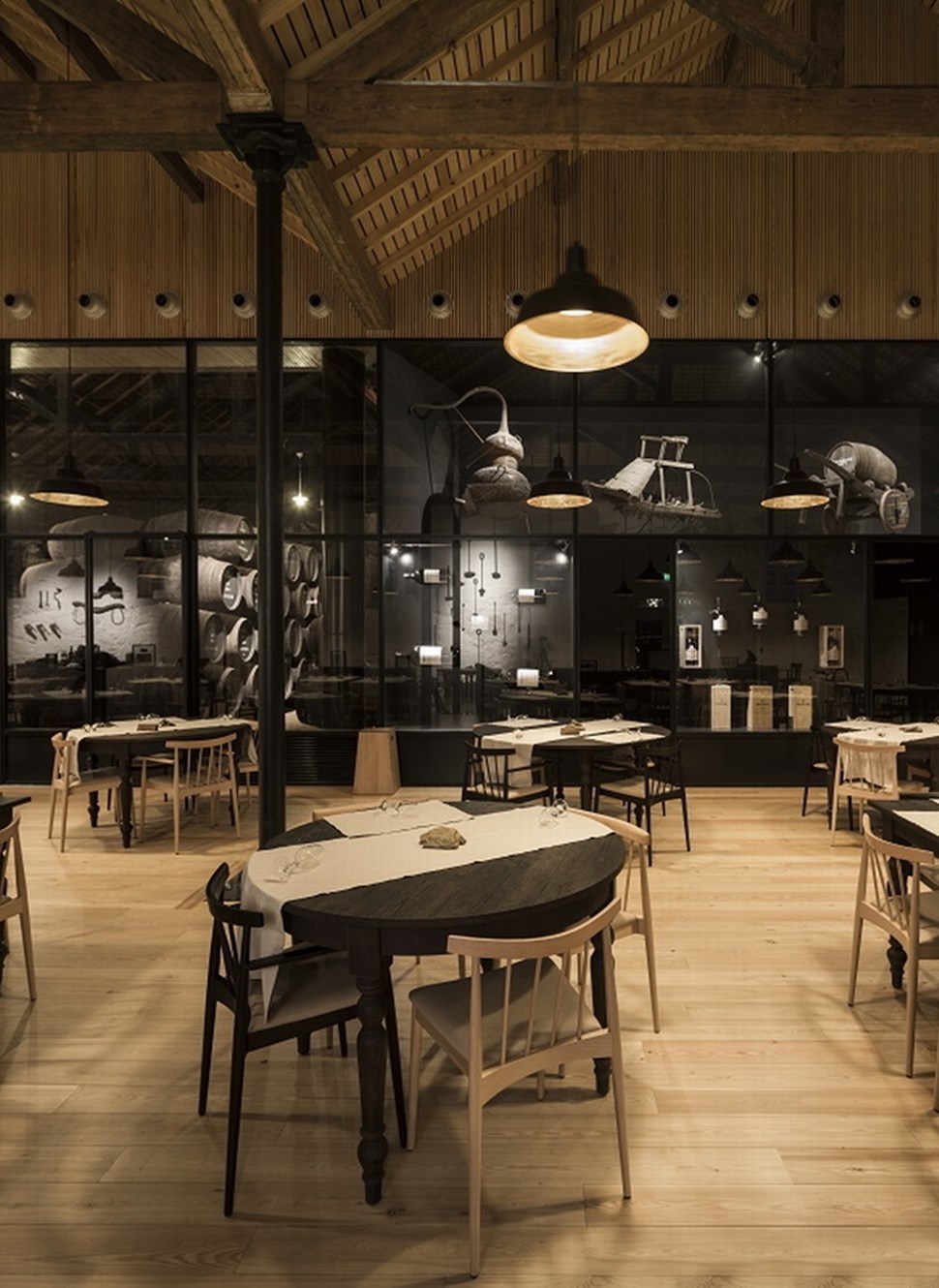