Indoor Forest at The Architecture Foundation 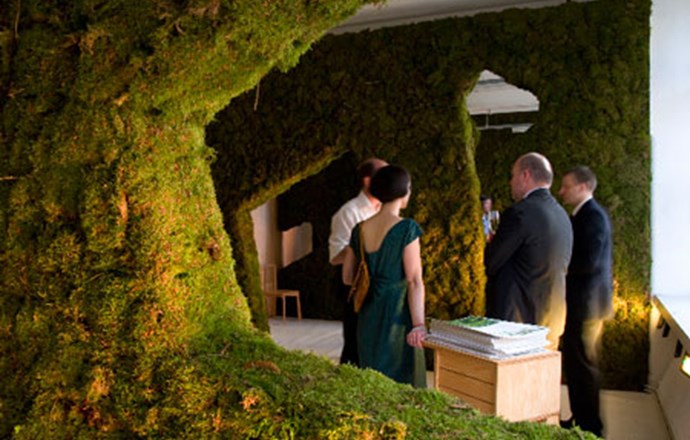 Norwegian architects PUSHAK have made a striking installation of moss-covered arches in the entrance and gallery space of the Architecture Foundation, London. 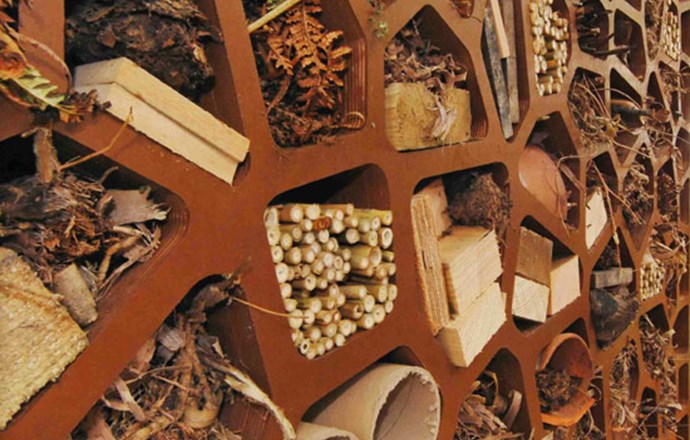 The London based firm Arup Associates have won the top Golden Beetle Prize for their ‘Insect Hotel’. The ‘Beyond the Hive’ competition, hosted by British Land and The City of London, created a brief that called for a sustainable and creative insect habitat for the City of London parks.

Lauren Geremia is the mastermind of Geremia Design, an emerging Californian design studio that is gaining a reputation for its eclectic and artful restaurant and bar designs. 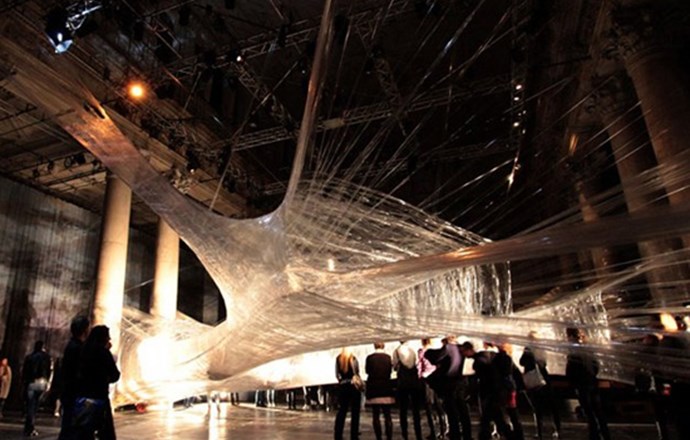 This must be one of the coolest installations I’ve seen in a while, such an innovative use of material. The installation by Croatian design collective use/numen is made of 530 rolls of transparent self adhesive tape (thats 35 600m, 45kg!) 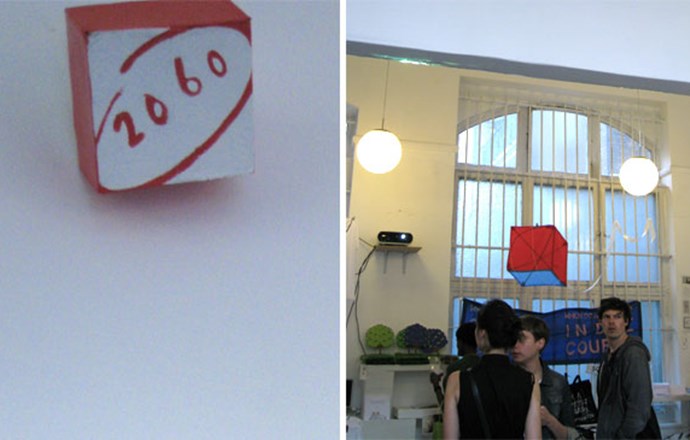 103 students x 20 objects = 2060 Pop Up. After a five week process that I imagine involved a lot of hard work the second year BA Graphic design students from Central Saint Martins hosted a week long pop up shop in Clerkenwell. 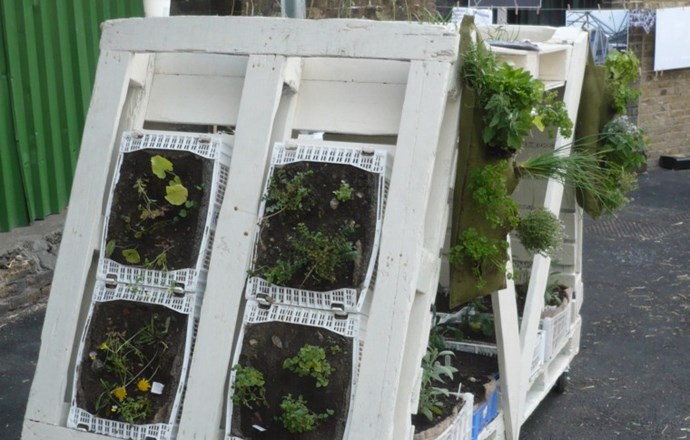 In keeping with the theme of ‘The Welcoming City’, the area between the South Bank and Elephant and Castle saw urban gardens in various shapes and sizes erected for the London Festival of Architecture. 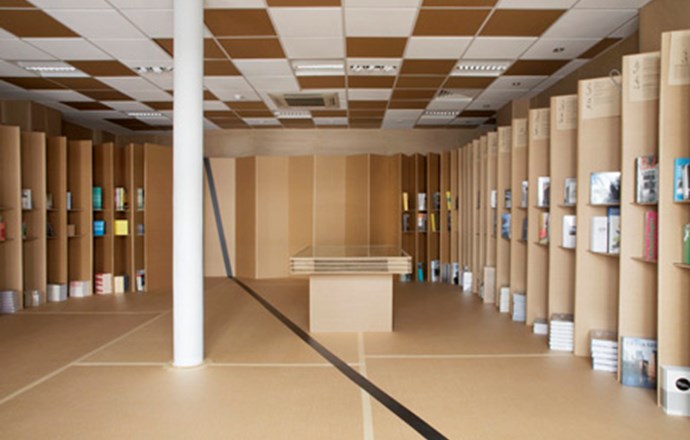 The theme of this year’s London Festival of Architecture was ‘The Welcoming City’ and we saw interesting projects that make the city more friendly pop up all over town. 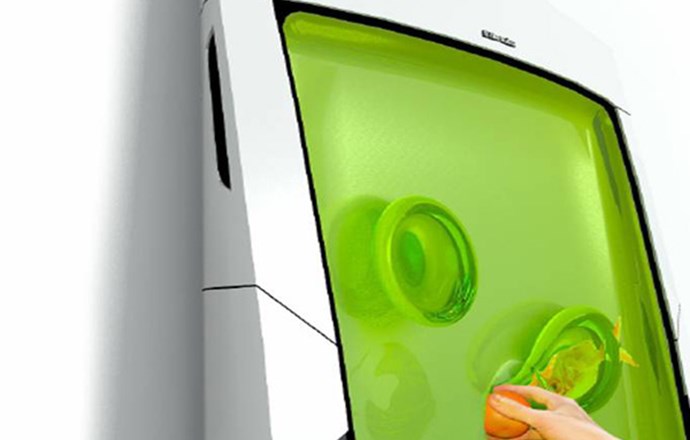 The Bio Robot Refrigerator is four times smaller than a conventional refrigerator and cools biopolymer gel through luminescence.

Chorus at the Wapping Project Exhibition 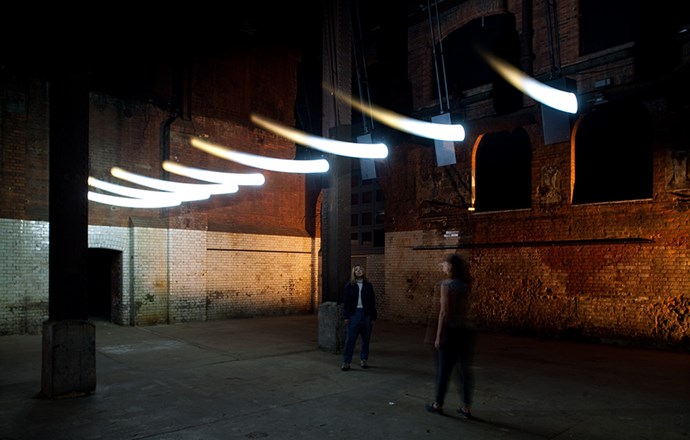 In the dark industrial interior of the Boiler House at the Wapping Project, United Visual Artists are presenting ‘Chorus’, an installation that explores the relationship between performance, sculpture and installation. 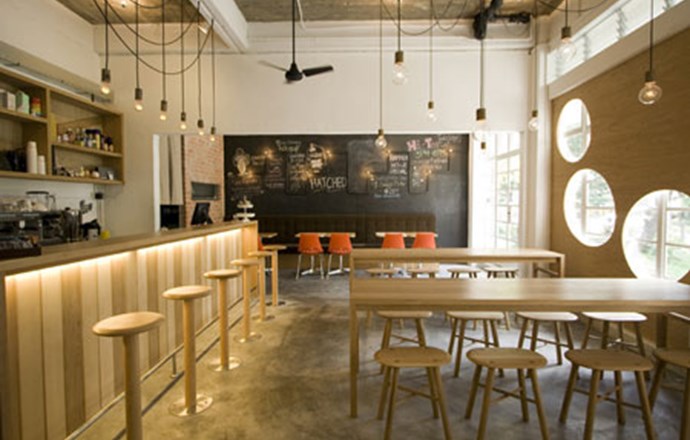